This time I am doing barbeque at home. I bought beef sirloin meat from Farmers Supermarket. I bought both local meat and Australia meat. Australia Sirloin price is nearly two times more expensive than local sirloin but Australia’s is more juicy than local. Besides meat, I bought frozen vegetables and frozen chips. After steaming veggies and frying potatoes, I took some pictures. I believe you will go to Australia Sirloin. 🙂 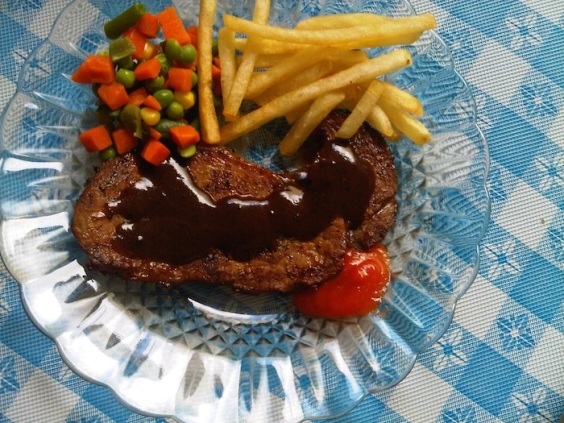 3 comments on “Barbeque at Home”